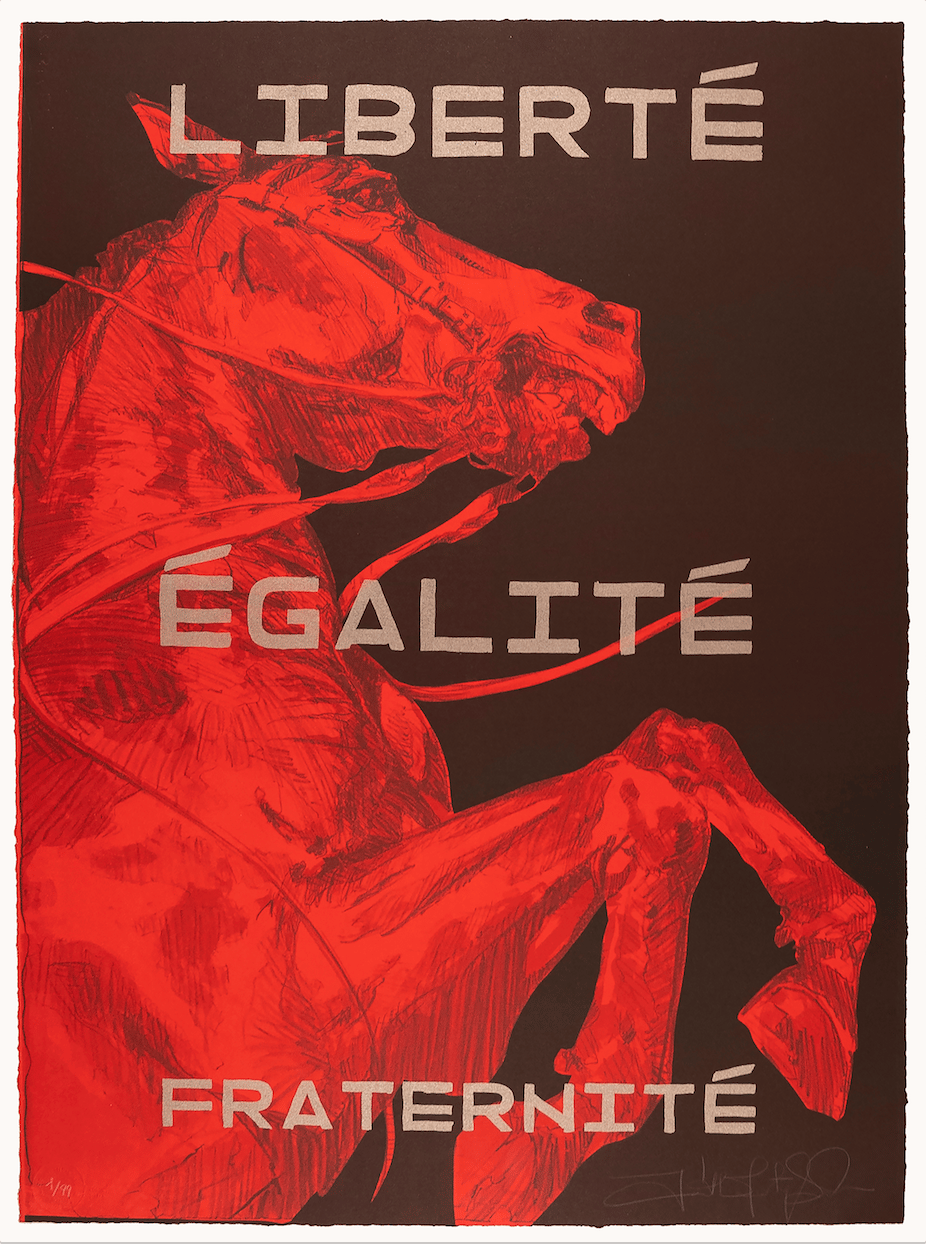 “The imagery of a rearing horse, sometimes bridled but with reigns flying loose, signifies a powerful animal which has been subjugated by humankind, and has finally broken free. The image of the horse carries with it the weight of nationalism and patriotism, and is associated with memorials and statues of statesmen and war “heroes”. Historically, they were the creatures men took to war, to fight and die alongside them with unrelenting loyalty. Inescapably majestic and elegant in their powerful and muscular form, horses have an inherent sense of nobility.

Within this discrepancy between their physical power and their subservience, they become archetypal symbols for notions of human power struggles, war, nationalism and blind loyalty to leadership. By unleashing or freeing these dignified creatures through these images, we understand their own sense of agency, independent from human quests, ultimately expressing their own innate power.

Shedding their shackles, the figures in this series conjure sentiments of resistance, revolution, and our individual, innate strength and ability to stand up to fascist rule and totalitarian power.” – FAITH XLVII

This lithograph comes signed by the artist, numbered and stamped by the publishing house.
Print Them All is a publishing house specializing in contemporary lithography.
The lithograph was produced in the oldest Parisian printing house called IDEM.
Founded in 1880 IDEM carries the legacy of working with artists such as Picasso, Matisse, Miró, or Chagall and more recently artists such as William Kentridge and Retna. 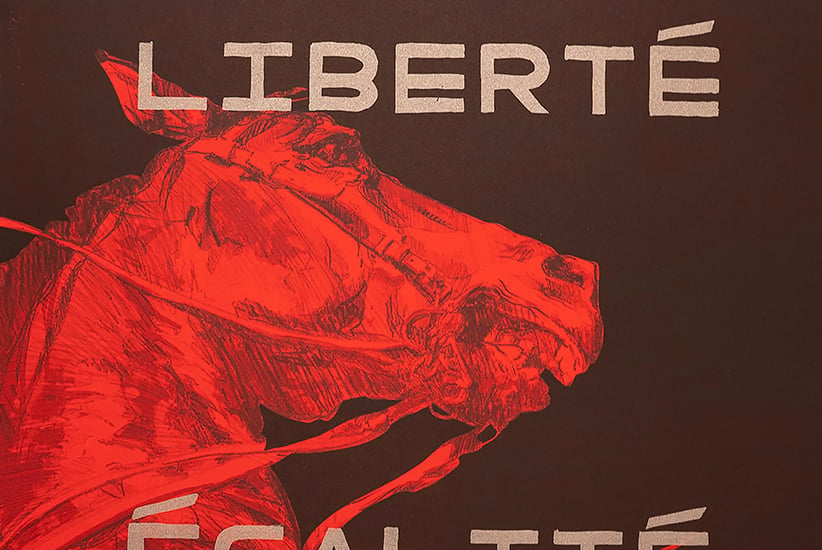